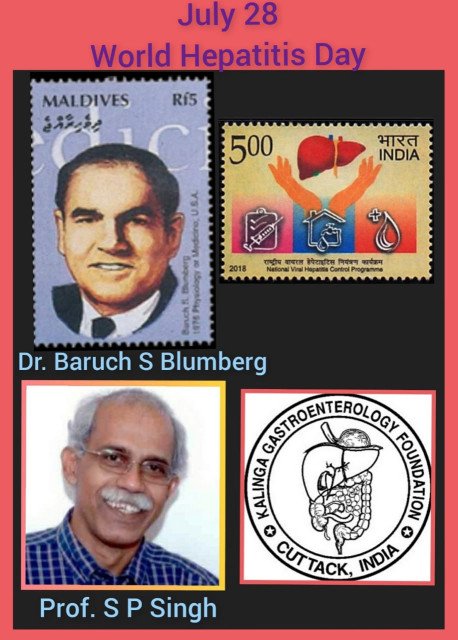 🔹Blumberg studied medicine at Columbia College of Physician and Surgeon and received his MD in 1951. He completed his Doctoral Degree in Biochemistry at Balliol College, Oxford.

🔹He became a Medical Anthropologist in 1950. Then he travelled all over the world to collect blood samples to study the Genetic variations in human beings. He started his research with the question of “Why some people contract a disease in a given environment, while others do not.“

🔹In 1967, he serendipitously discovered a Surface antigen of Hepatitis B virus in the blood sample of an Australian Aborigine and called it as “Australia Antigen.“

🔹He further worked on Hepatitis B virus and found that it causes hepatic cancer.

🔹Subsequently, Dr. Blumberg and his team developed the Screening test for Hepatitis B. Thereby, they prevented the spread of virus in blood donations. He also developed the first vaccines to prevent infection in 1969. This vaccine is considered the First Cancer Vaccine.

🔹His continuous involvement and inspiration was led to the establishment of the “Hepatitis B Foundation.” It’s an organization dedicated to improving the lives of those infected by hepatitis B and for its cure worldwide.

🔹He was also a Director of NASA Astrobiology Institute at California. There he helped in NASA’s search for extra-terrestrial life.

🔹Dr. Blumberg had started his career with search for inherited differences but his research landed with discovery of new virus. His intellectual curiosity in diagnosing and treating the disease saved the life of millions.

🔹In India, the Kalinga Gastroenterology Foundation (KGF) was founded by one of the eminent Gastroenterologist, Prof Dr. Shivaram Prasad Singh from SCB Medical College & Hospital in Cuttack. He is the Chairman of this Charitable Educational Trust. He is known for his efforts toward hepatitis B eradication in our country.

The Hunter for a Killer Virus