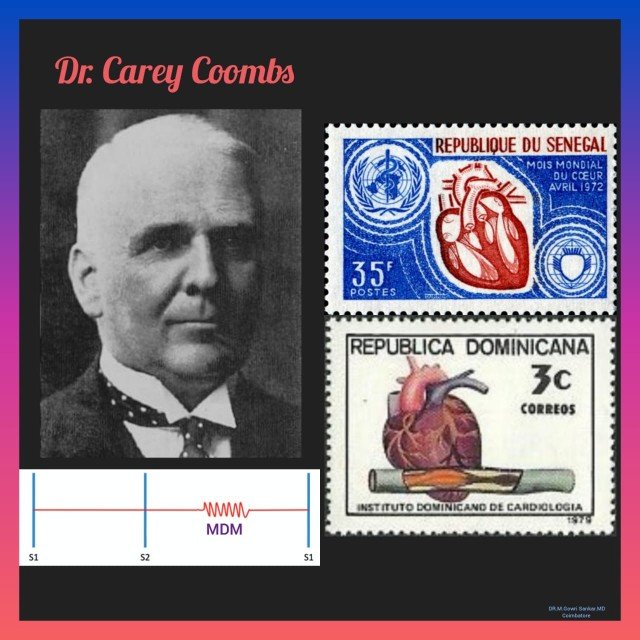 🔸Coombs had done his M.B. in 1901 and then completed M.D during 1903 at St Mary’s Hospital Medical School, London. He further received his Fellow of the Royal College of Physicians in the year 1917.
🔸Then he got appointed as a physician at Bristol General Hospital in 1920. Later, he became the Director of the Bristol University Centre of Cardiac Research in 1927.
🔸He is well-known for his work on Rheumatic fever. He was the first to describe a rumbling mid-diastolic cardiac murmur in acute rheumatic mitral valvulitis. Hence it has been given the name “Carey Coombs murmur.”
🔸Furthermore, he published his Monograph “Rheumatic Heart Disease” in the year 1924, which was considered a standard book at his time.
🔸He is also remembered for his great work in the prevention and management of heart disease in children.
🔸Moreover, he pioneered coronary heart disease, wherein he made a clinical diagnosis of coronary thrombosis during 1910. During that time, the condition was almost unheard of.
🔸He continued his extensive ground work and published his 144 documented cases of coronary thrombosis in 1932.