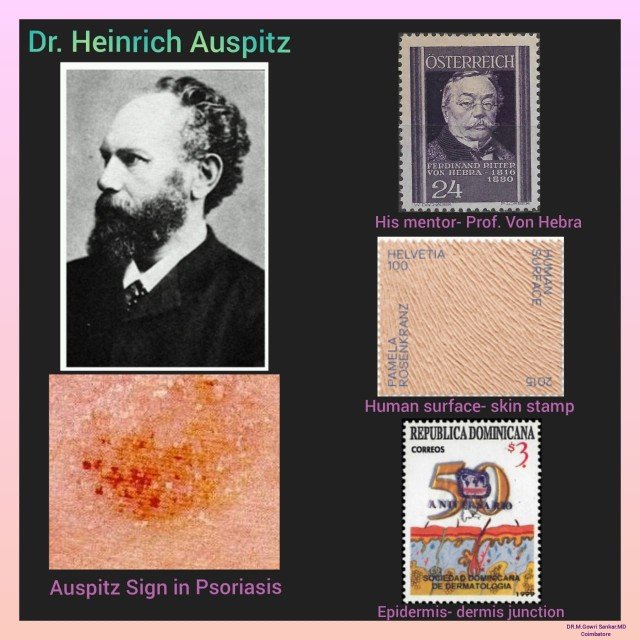 🔸Auspitz studied medicine at the Medical School of Vienna University under the famous teacher cum mentor Dr. Ferdinand von Hebra, who is called as the Father of Dermatology.
🔸After completion of his studies, he joined in Dr. Hebra’s Skin Department during 1863, where he made outstanding contributions to the field of dermatology.
🔸Furthermore, Dr. Auspitz pioneered Tissue Histopathology and he was the first to reveal that Psoriasis is basically a disease of the epidermis. He further described the pinpoint bleeding on removal of a psoriasis scale called as “Auspitz’s sign.”
🔸He was also the first to coin the term and described the detailed histopathology of Acantholysis, Acanthoma and Parakeratosis.
🔸Further, he revealed the anatomy of Dermo-Epidermal Junction, which has been clearly elaborated in his book “System of Skin Diseases” during 1881.