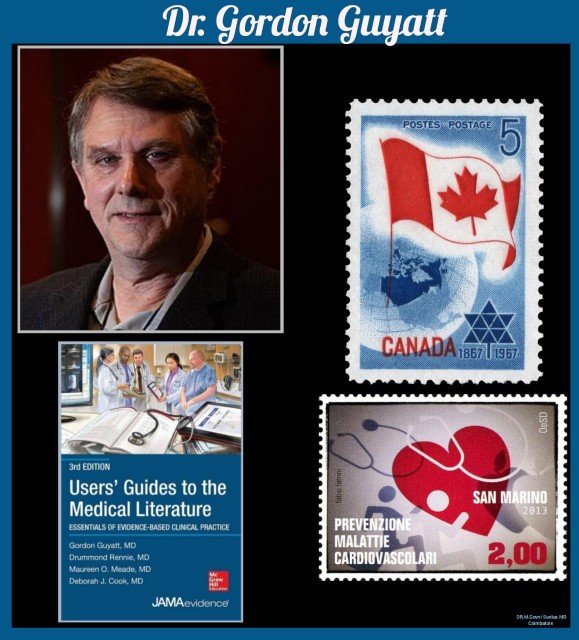 🔹Guyatt was born in Hamilton, Canada. His father was a lawyer and his grandfather was a physician. He studied medicine at McMaster University Medical School, Hamilton. He did his Master of Science from the same institute.
🔹After completing his studies, he joined as a faculty at McMaster University in 1983. At present, he is a distinguished Professor in the Departments of Clinical Epidemiology & Biostatistics and Medicine.
🔹Dr. Guyatt is best known for his investigation on Evidence-Based Medicine (EBM) – a term he coined – which appeared in an editorial of American College of Physicians Journal Club in 1991.
🔹Simultaneously, he actively promoted the concept of EBM as a central concept in the practice of medicine for the significant improvement of patient care.
🔹Furthermore, Dr. Guyatt promoted the EBM by creating the “First Residency Program” and the McMaster Evidence based Health Care Workshop at McMaster University.
🔹Additionally Dr. Guyatt has published more than 1,000 peer-reviewed articles, including more than 140 in the leading Journals of Medicine (NEJM, Lancet, BMJ, JAMA, PLoS Med and Ann Intern Med).
🔹He also served as the co-editor of the “Users Guides to the Medical Literature,” which is a comprehensive set of journal articles and a textbook published in the JAMA for Clinicians in which he incorporated the evidence based medicine principles into practices.
🔹According to Google Scholar, he has been cited about 110,000 times and he is one of the 20 most cited authors in the History of Science.
🔹He received many honours for his fabulous work and one of the more significant accomplishments was when he was honored in the Canadian Medical Hall of Fame in 2015.
🔹Ultimately, Dr. Guyatt’s achievements have helped ensure that advancements in medical science will continue to support and improve quality of life for patients throughout the world.

The Champion of Evidence-Based Medicine