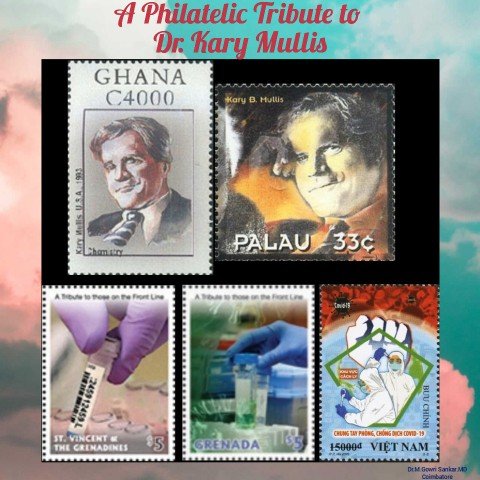 🔹Mullis was born in North Carolina near the Blue Ridge Mountains. He was actually raised from a humble farming family in a rural area.
🔹After his schooling, he chose to study Bachelor of Science in Chemistry in 1966 and then he did his Ph.D. in Biochemistry at the University of California, Berkeley in 1973.
🔹Subsequent to his graduation, Dr. Mullis has done his Postdoctoral Fellow in Pediatric cardiology at the University of Kansas Medical School and also Postdoctoral Fellow in Pharmaceutical chemistry at the University of California, San Francisco.
🔹Then, he got appointed as a DNA chemist in the Biotechnology company called Cetus Corporation of Emeryville, California, where he began his groundbreaking research.
🔹In fact, the earlier Nobel Prize laureate Dr. Har Gobind Khorana and Dr. Kjell Kleppe had authored a paper describing a process they termed “Repair Replication” in the Journal of Molecular Biology. By using repair replication, they duplicated and then quadrupled a small synthetic molecule with the help of two primers and DNA-polymerase.
🔹Based on this method, Dr. Mullis developed a method of amplifying DNA by multiplying a single, microscopic strand of the genetic material into billions of copies within hours. Thereby, he invented the process known as Polymerase Chain Reaction (PCR) in 1985.
🔹Consequently, he was honoured with the most prestigious award – Nobel Prize in Chemistry in 1993 for his invention of the PCR method.
🔹The PCR invention by Dr. Mullis became significant in the areas of medicine, biochemistry, biotechnology, forensic and molecular biology. Moreover, it has virtually divided biology into the two epochs – before PCR and after PCR.

The Inventor of Monumental Scientific Techniques of 20th Century