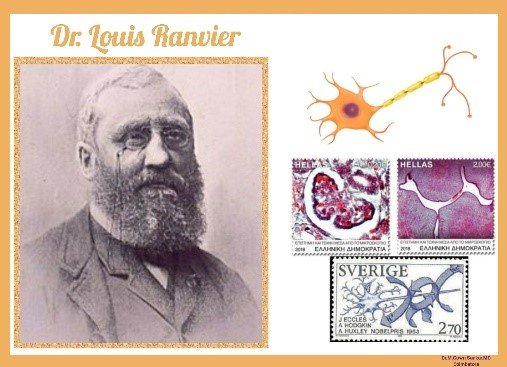 🔹Ranvier studied medicine at Lyon and graduated in 1865. After his studies, he joined to work under Dr. Claude Bernard, a French physiologist, who was one of the founders of Experimental Medicine. Later, he became a chair of anatomy in 1875.

🔹Subsequently, Dr. Ranvier became a prominent figure in the field of histology due to his extraordinary work. He further collaborated with his close friend Dr. Andre Victor Cornil and established a private laboratory.

🔹In fact, his dynamic way of approaching the study of microscopic anatomy popularized his laboratories as a World centre for students of histology.

🔅 Nodes of Ranvier – A constriction in the myelin sheath that encases nerve fibres, occurring at regular intervals along their length

An Eminent Histopathologist of 19th Century