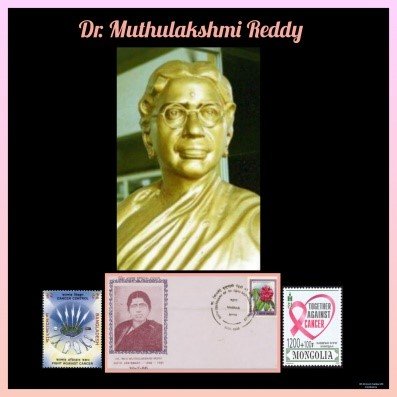 🔹Muthulakshmi was born in a small town called Pudukkottai in Tamil Nadu.

🔹Since her father was a principal of college, she was encouraged to pursue school studies. In fact, she was the first girl from Pudukkottai to get admitted to high school.

🔹After that, her mother forced her to get married at a very young age. But she strongly rebelled against the decision and made her mother understand how important education is for girls?

🔹With the support of her family, she successfully enrolled as the First Woman Medical Student in Madras Medical College.

🔹She was India’s first woman medical graduate in 1912. Also, she received a Gold Medal for her academic excellence.

🔹During her college days, she was very intimate with Sarojini Naidu and Annie Besant, thereby her philosophy and future were greatly influenced by these women.

🔹After completing her higher studies in England, she began the Women’s India Association in 1918. Subsequently, she became the First Woman Legislator in British India.

🔹She was also the first women chairperson of the State Social Welfare Board. Through that, she carried out many social reforms and worked hard for the welfare of the children, women and gender equality.

🔹Thereupon, she started working towards the upliftment of women by fighting against devadasi system and abolished the system as well. She also raised her voice to change the marriage age of girls, women’s rights to claim property and freedom of choice in education and career.

🔹She also founded schools and the first home (Avvai Home) for destitute women and orphan children at Chennai in 1930 – which continues its service till today.

🔹Unfortunately, her sister died of cancer. This painful experience and agony made her to build an exclusive hospital for cancer patients. The foundation stone of Adyar Cancer Institute was laid in 1952.

🔹The hospital started functioning on 1954 as a single building with two doctors. Those were her son Dr. S. Krishnamurthy, who was professionally trained in Oncology from United States and London and Dr. V. Shanta who pioneered in the development of the Institution.

🔹In fact, Dr. Muthulakshmi Reddy was an eminent physician and a social reformer who pioneered in the fight for social and political uplift of women in India. Her vision and values have inspired and changed the lives of millions.

🔹To honour her meritorious service, Government of Tamil Nadu introduced Dr. Muthulakshmi Reddy Maternity Benefit Scheme – a financial assistance to the pregnant women below the poverty line. Also her birth anniversary is celebrated as “Hospital Day” in Tamil Nadu Government hospitals every year.