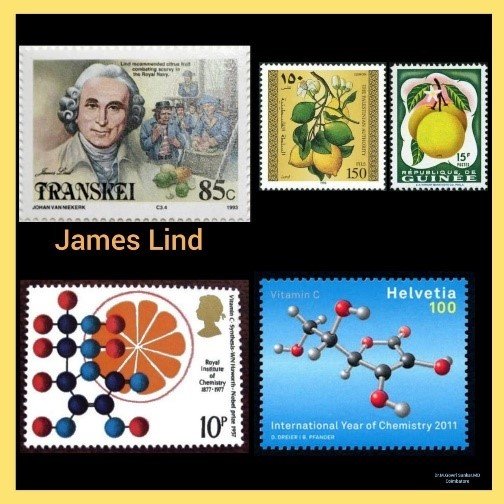 🔸After completion of school, Lind was apprenticed to a physician for a while. Then he got an opportunity to enter into the Navy field as a companion of surgeon.

🔸Further, his curiosity led him to study medicine. He received his medical graduation from the University of Edinburg Medical School in 1748 and became a Fellow of Royal College of Physicians of Edinburgh in 1750.

🔸During his sea voyage in Royal Navy, he noticed that sailors were severely affected by Scurvy which was a deadly disease and occurred as they sailed for long in the sea.

🔸Then he started his well-known clinical trial among a group of sailors affected by scurvy to find a cause and an effective treatment for cure on May 20, 1747.

🔸He did his clinical trial among 12 scurvy affected sailors. He had experimented with six different therapies such as cider, vinegar, barley water, elixir of vitriol, sea water and lemon & oranges.

🔸After consistent effort, he found that the group fed with lemon & orange juice had the positive effect and recovered completely from scurvy in a short period of six days.

🔸Lind’s discovery was one of the First reported controlled clinical trials in the history of medicine. Therefore, he is recognized as the First Modern Clinical Investigator.

🔸Consequently, he published the following books…

🔅A treatise of the Scurvy.

🔅An essay on the most effectual means of preserving the health of the sea men.

🔅An essay on diseases incidental to Europeans in hot climates.

🔸Subsequently, he investigated about the health benefits of sailors and paved a new way for preventive medicine by giving them proper ventilation, clean living conditions, fumigation and preparation of fresh water by distilling sea water.

🔸His marvellous work led to the conquest of scurvy, development of naval hygiene and the growth of tropical medicine. He was then titled as “Hippocrates of Naval Medicine.“

🔸To honour his famous trial, the International Clinical Trials Day is celebrated around the world on or near May 20 each year.

A Physician Who Paved the Way to Cure Scurvy