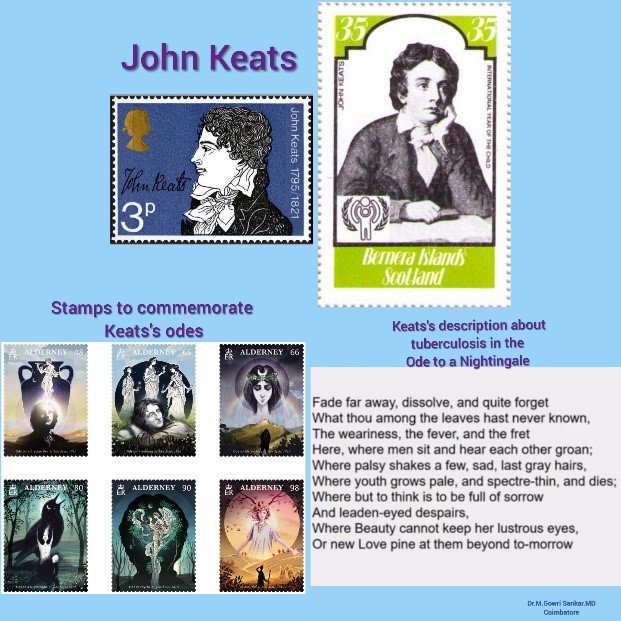 🔸John Keats was born in London. Unfortunately, he lost his father in a terrible accident when he was 8 years. In the accident, he was thrown from a horse and had a severe skull fracture. At his age of 14, he lost his mother due to tuberculosis.

🔸Subsequent to the death of his mother, Keats developed the habit of reading books.

🔸Keats decided to become a doctor – possibly he had watched his parent’s dreadful deaths and this influenced him.

🔸At the age of 16, he was apprenticed to a surgeon in 1811. Then in the year 1815, he began his medical training at Guy’s Hospital, London. In spite of having all the medical qualifications, he never practised medicine as poetry gained an increasing hold on his imagination. Therefore, he turned to write poetry.

🔸At one particular moment, Keats fell in love with the beautiful girl Fanny Brown. But she refused to marry him as he had no decent position in society at that point of time. Keats realized that fact later and started reflecting his expressions in his odes and poems.

🔸Then, he deeply involved himself in writing poems and published his first volume of poems in the year 1817. But he received a lot of criticism.

🔸His significant releases are…

🔅Ode on a Grecian Urn

🔅The Beautiful Lady Without Mercy

🔅Ode to a Nightingale

🔅On First Looking into Chapman’s Homer

🔸Suddenly, his own brother Tom was stricken with tuberculosis. In spite of Keats using all his medical skills and personal care, his brother died at the age of 19 years.

🔸Like his mother and brother, Keats was also fatally stricken with tuberculosis. Immediately, he sailed to Italy in the hope of recovering, but unfortunately died in Rome at the young age of 25.

🔸In fact, Keats faced many challenges and difficulties throughout his life. Though he was never appreciated during his lifetime, he became very famous and left behind a legacy that inspired many other great poets.

🔸Over the 6 years (1814 to 1820) of his poetry life, Keats published around fifty-four poems and three novels. Further, he published few magazines in poetic forms including odes and sonnets.

🔸However, his poetry became a milestone in the English poetry. Today he is celebrated as one of the best-loved and most quoted of all English poets.