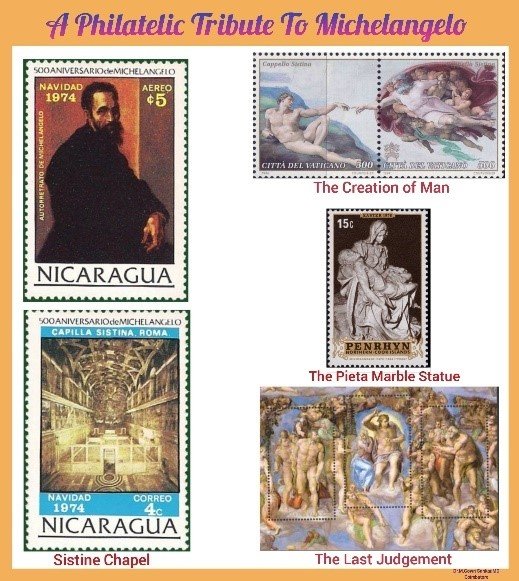 🔹Michelangelo Buonarroti was born in a middle-class family in the Republic of Florence, Italy. Unfortunately, he lost his mother at the young age of six years.

🔹The city of Florence was the leading centre of art at that time and was producing the best painters and sculptors in Europe. Michelangelo was actually less interested in schooling because he was more eager to watch the artists carry out painting projects in nearby churches.

🔹Slowly, his father analysed his area of interest and finally sent him to be an apprentice in a well-known art studio. He initially got trained as a painter then studied sculpture.

🔹Later, he got trained at the Florentine Academy of Art, which was teaching an obligatory course in anatomy – in which, the students executed drawings from cadavers and skeletons and also performed dissections.

🔹Thus, Michelangelo developed an everlasting interest in anatomy. At the age of 17 years, he started dissecting cadavers and studied the details of anatomy.

🔹Thereafter, Michelangelo collaborated with his friend Realodo Colombo, who was an Italian professor of anatomy and a surgeon at the University of Padua, to prepare illustrations for a medical anatomy text book.

🔹Thus, his early anatomical interest was revived and he went on to become a divine painter, sculptor, and architect.

🔹At the age of 20 years, he shifted to Rome to spend his whole life as an architect in the city. He created multiple masterpieces during his lifetime and the most Iconic of them is the Sistine Chapel at Vatican City.

🔹In fact, his paintings at the Sistine Chapel ceiling between 1508 and 1512 is one of the best artworks of the Renaissance era and changed the course of painting in the West. Moreover, his outstanding interest in anatomy is very well reflected in his paintings.

🔹In the Last Judgment (painting), he demonstrated more than 300 figures with the most perfect and well-proportioned composition of the human body in numerous positions.

🔹Also, his hidden anatomical illustrations have been found in this ceiling.

🔅 In the painting of “The separation of land and water” the God resembles a bisected kidney. His use of the renal outline in a scene representing the separation of solids (Land) from liquid (Water) suggests that he was familiar with the anatomy and function of the kidney.

🔅 In the painting of “God creates Adam” the image has a perfect anatomical human brainstem cross-section in the face of God. The image that surrounds God and the angels with the shape of a brain appears that Adam is about to touch God through the contact of their fingertips and God delivers the intellect to Adam.

🔹Likewise many anatomical structures such as vertebra, joints and lungs echo in his art work.

🔹Actually, he continued his fabulous work until his death at 88 years. Along with Leonardo da Vinci and Raphael, Michelangelo is considered one of the three giants of the Renaissance. As a father and master of all the arts, his mastery in anatomy is incomparable still.