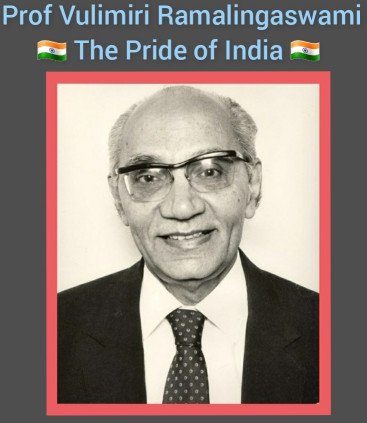 💠Pioneer in Research of Nutrition in India

🔹During his young days, he was deeply influenced by his grandfather who was a Shakespearean scholar and Principal of a school.

🔹Since childhood, he acquired musical knowledge such as singing and playing the Veena. Also, he was an amateur drama actor. Being studious, he joined to study medicine and completed his MBBS in 1944 and MD in Internal Medicine in 1946 from Andhra Medical College, Visakhapatnam.

🔹Under the scholarship, he completed D.Phil in Pathology in 1951 and D.Sc in 1967 from Oxford University, United Kingdom.

🔹He started his career at Nutrition Research Laboratories, Conoor, Tamil Nadu (which was later shifted to Hyderabad – now known as the Institute of Nutrition).

🔹From his early days, he showed great interest in research and pursued a research oriented career concerning the nutritional problems of our country.

🔹Further, he played a key role in laying the foundation for Indian Council of Medical

Research (ICMR) and was appointed as the Director-General of the ICMR in1979.

🔹During his career, he conducted research on a wide spectrum of areas:

🔅First to discover and to describe the pathophysiology of Kwashiorkor or Protein-Energy Malnutrition in the young growing Indian children.

🔅First to demonstrate that vitamin A deficiency causes damage to the rods and cones in the retina by conducting animal studies. Also, demonstrated that the administration of vitamin A in children helps to prevent eye problems.

🔅His team did a famous “Kangra Valley Experiment” which is an extensive community-based study done over 16 years (1956-1972) involving more than 1,00,000 population in the Kangra Valley, located in Western Himalayas on endemic goitre and cretinism. Through this study, he established that Iodine deficiency is responsible for goitre.

🔅His team did an extensive study over ten years on an epidemic of jaundice which occurred in the 1950s in Delhi and established that Hepatitis E virus was the aetiology. Also, they demonstrated the relationship of chronic HBV infection to primary hepatocellular carcinoma.

🔅Initiator of HIV research in India.

🔹Further, he showed deep interest in community-oriented research, which reflected in the successful rehabilitation of victims of the Bihar famine of 1967, the refugees of the Bangladesh war in 1971, the Bhopal gas tragedy in 1984 and the outbreak of bubonic and pneumonic plague in 1994.

🔹His work lead to India’s National Iodine Deficiency Control Programme through which iodine fortification of common salt was successfully initiated, the National Nutritional Anaemia Control Programme and the programs for control of blindness – both nationally and globally.

🔹Furthermore, he was instrumental in formulating plans for the health sector under National Five Year Plan.

🔹Ultimately his work was recognised and honoured with:

🔅Shanthi Swarup Bhatnagar Award by Council of Scientific and Industrial Research (CSIR) in 1965.

🔅Leon Bernard Foundation Award by World Health Organization (WHO) in 1978.

🔅Health Clark Lecture Award by the University of London in 1972.

🔅Searle Lecture Award by American Association for the Study of Liver in 1974.

🔅Jaque Parisot Lecture Award by WHO in 1975.

🔹Also, received the Government of India’s Padma Shri in 1969 and Padma Bhushan in 1971 and received his Fellowship from reputed societies including:

🔅Fellow of the Royal Society of London

🔅Foreign Associate of the National Academy of Sciences, USA.

🔹Prof. Dr Ramalingaswami is certainly a multifaceted personality celebrated as a Physician, teacher, humanist, administrator, and research scientist with a research carrier spanning six decades associated as an adviser to the Indian Government and various international organizations such as the Harvard University, UNICEF and WHO.

A Day to commemorate…

A Legendary Biomedical Scientist of the 20th Century