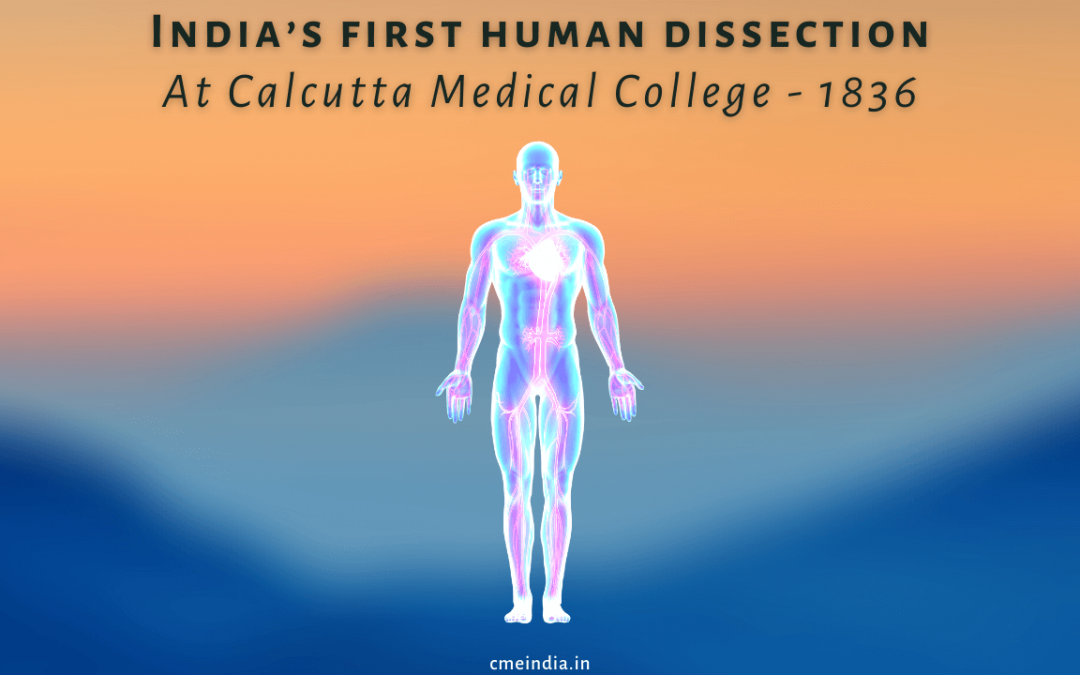 It was done almost 3000 years after Sushruta. Salute again and again to the first Indian dissector, Madhusudan Gupta.

MBBS in those days

Snapshot of a life We hardly know

He translated the London pharmacopoeia of 1836 in Bengali, the Aushadh Kalpabali.

This scientific breakthrough pioneered by Madhusudan Gupta  had also enormous sociological consequences. It opened the door of Western medicine to the natives of India as practitioners and beneficiaries.

“To him a debt of gratitude is due by his countrymen. He was the pioneer who cleared a space in the jungle of prejudice, into which others have successfully pressed, and it is hoped that his countrymen appreciating his example will erect some monument to perpetuate the memory of the victory gained by Muddoosoodun Gooptu over public prejudice, and from which so many of his countrymen now reap the advantage. The place of Muddoosoodun Goopta has been filled up by Sub-Assistant Surgeon Tameez Khan, a Native of intelligence and promise.”( GCPI, 1856–1957, p. 200)

The most important blow which has yet been struck at the root of native prejudices and superstition, was accomplished by the establishment of the Medical College of Calcutta, and the introduction of practical anatomy as a part of the professional education of Brahmins and Rajpoots, who may now be seen dissecting with an avidity and industry which was little anticipated by those who know their strong religious prejudices upon this point twenty years since Goodeve( H. H., Lancet, 1847, I, 190).