Nasal Vaccines – Last Weapon in Our Armoury To End The Pandemic! 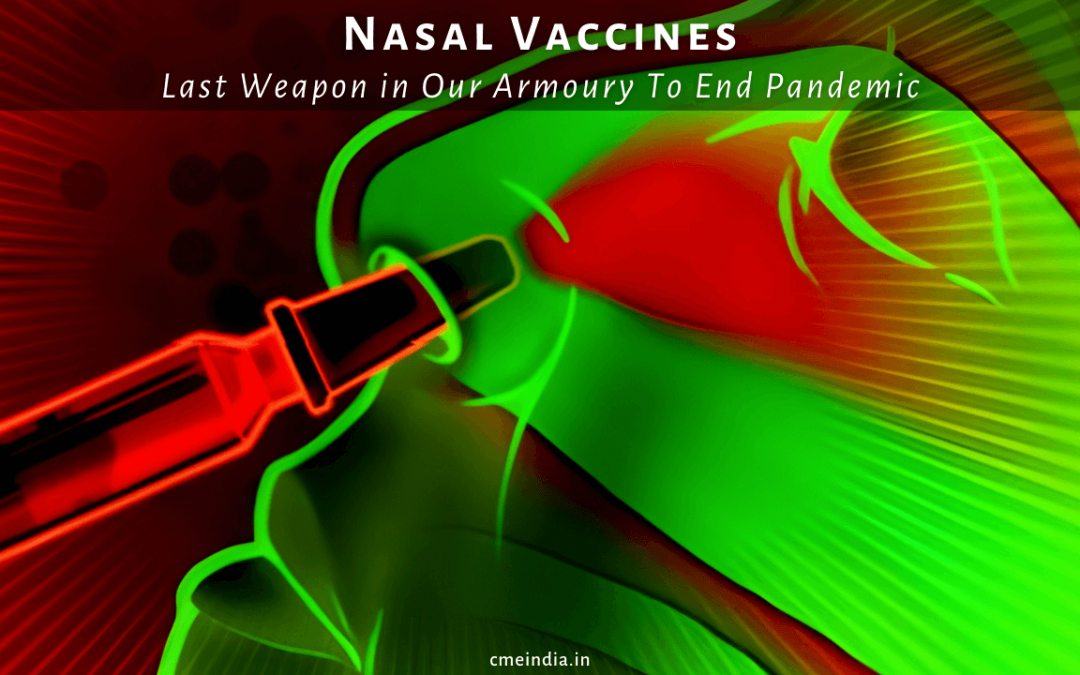 Currently licensed COVID-19 vaccines are being administered by intramuscular (IM) immunization. Recent trends have shown clearly that vaccination failed to prevent the virus infection through the upper respiratory tract. Pandemic continues despite widespread vaccination. Individuals who receive injectable COVID-19 vaccines may be protected against serious illness but can still become infected by a different version of a higher variant with immune escape capability. It gives an insight that absence of mucosal immunity activation matters. Now next generation of COVID-19 vaccine is in demand. Intranasal (IN) vaccination method has been demonstrated to be potent in inducing both mucosal and systemic immune responses.

Will nasal vaccine be able to serve as final tool in our fight against deadly contagion?

Why do we need Nasal Vaccines?

Can we live forever sheltering vulnerable population boosting them again and again?

Why are we slow in developing Nasal Vaccine?

Is Nasal Vaccine a new Concept?

Are there any Existing Nasal vaccines?

Which companies are at the forefront of developing Nasal vaccine against Covid?

Nasal vaccines on the Horizon

Since most clinical trial data are yet to be released, preclinical studies are essential for us to explore the immunogenicity and safety of IN COVID-19 vaccines.