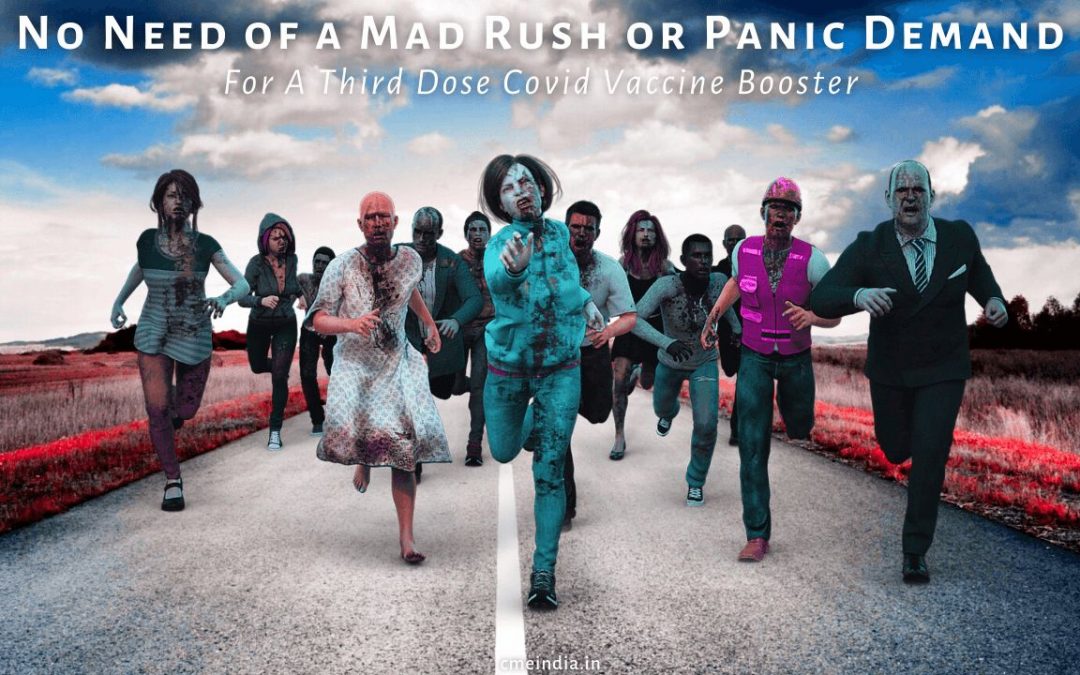 A Covid Update meeting was held on the aegis of East Delhi Physicians Association on 12 October 2021 at 8.30 pm on Zoom to discuss the Third Dose Booster in India, especially for Health Care Workers. The expert panel consisted of Dr. Vijay Yeldandi from the University of Illinois, Chicago USA, who expressed his original ideas; Dr. Atul Patel from Sterling Hospital Ahmedabad, Dr. S K Gupta from Max Hospital, New Delhi and Dr. Alok who deliberated upon Childhood Covid Vaccination. The meeting was moderated by Dr. Pankaj Choudhary and Dr. Ruby Bansal.

Excerpts of the meeting

Dr. Vijay Yaldandi made an outstanding presentation and said:

So, the physicians should not get into a mad rush or panic demand for a third dose booster with declining antibody levels in healthy immunocompetent subjects.

Third Dose Booster – When should it be taken?

A. Covaxin – In the case of Covaxin, the timing may not be an issue because both the primary doses were given 28 days apart.

B. Covishield – The majority of the population has been inoculated using the AstraZeneca Covishield vaccine with different interval schedules between two primary doses like 0- 4 weeks, 0-6 weeks, and 0-12 weeks. Hence, the optimal timing of the Third dose booster may not be uniform for all the subgroups. And the best interval duration of the third dose booster may be inferred only after comparative studies. And the data of mRNA vaccines may not be extrapolated to vector-based vaccines.

Which Vaccine could be the best as the Third Dose Booster?

How to decide if Health Care Workers in India need a Third Dose Booster?

Are HCWs being denied Third Dose Booster for lack of vaccines?

What do experts say on the need for the third dose Booster of HCWs in India?