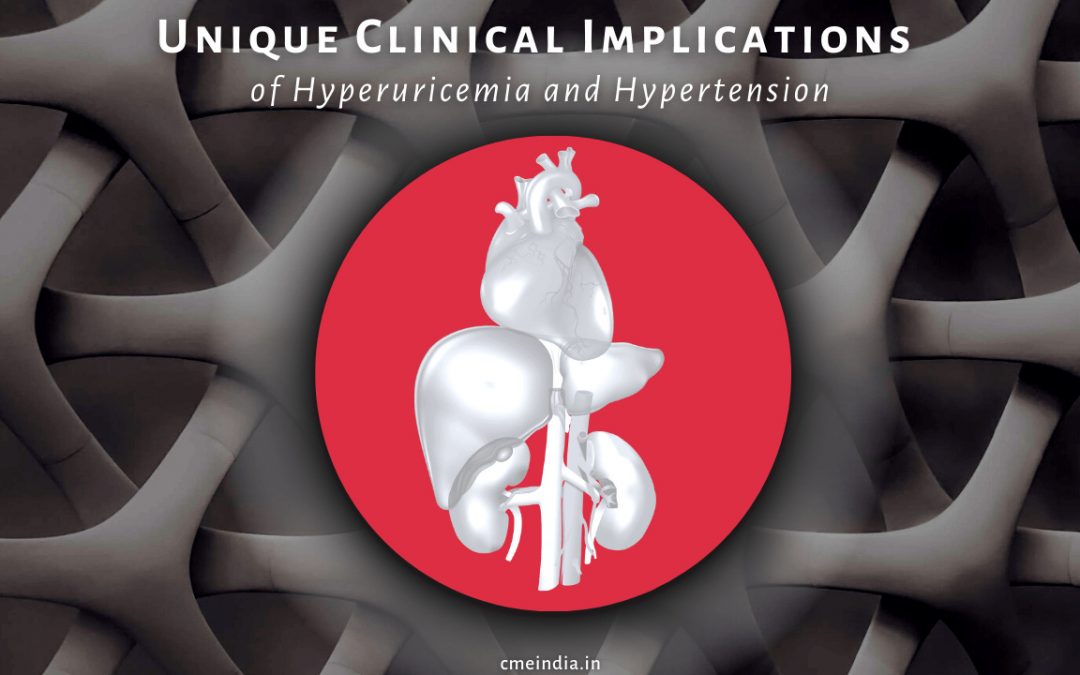 2. Generation of uric acid, a purine end product. Uric acid can be generated from precursors, primarily

8. Wisdom words from past on Uric acid and Hypertension

13. What a systematic review and meta-analysis 0n Hyperuricemia and incident hypertension tells?

14. Relationship between carotid-femoral pulse wave velocity and uric acid in subjects with hypertension and hyperuricemia

16. Uric acid is a strong risk marker for developing hypertension from prehypertension

20. Some Important Trials and their messages

Febuxostat is non-inferior to allopurinol therapy with respect to the primary cardiovascular endpoint, and its long-term use is not associated with an increased risk of death or serious adverse events compared with allopurinol.