When to start Pharmacotherapy for Gestational Diabetes? 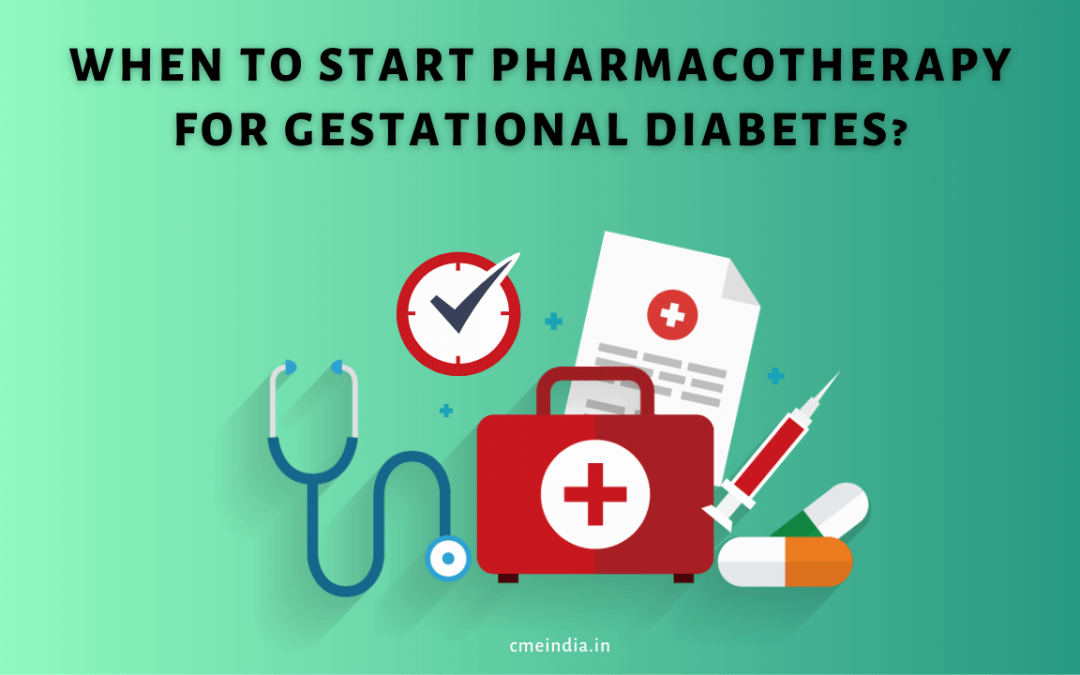 (As per publication in Expert Opinion on Pharmacotherapy 2020)

Timing is a game changer?

So, What is the Expert Opinion?

1.No validated criteria for the dietary failure exists currently, even though three-fourth of GDM can be well managed on LSM.

2. The current cut-offs and targets for treatment initiation in GDM set by the ADA and the ACOG were extrapolated from women also having pre-existing type 2 diabetes in pregnancy.

3. Is not yet clearly known as to how many measurements exceeding these thresholds would trigger pharmacological intervention.

2. Caissutti C, Saccone G, Khalifeh A, et al. Which criteria should be used for starting pharmacologic therapy for management of gestational diabetes in pregnancy? Evidence from randomized controlled trials. The Journal of Maternalfetal & Neonatal Medicine. 2019;32(17):2905-2914. (• This systematic review studied the timings of initiating pharmacotherapy in GDM across 15 RCTs)