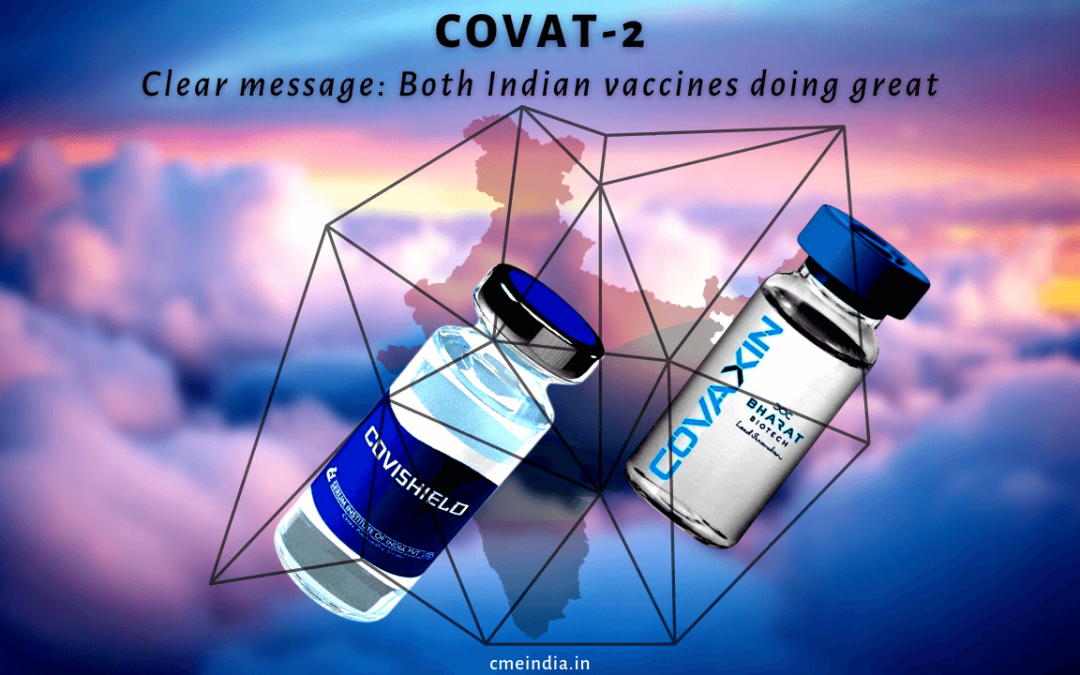 “COVAT- 2 got preprint version (Not peer-reviewed) published on 4rth of June 2021 and its message spread like a wild fire. The study found good antibody response in 95% of the study participants 21 days after they received the second dose of the vaccine. Both vaccines yielded very good seropositivity – it was 98% in Covishield recipients and 80% in Covaxin recipients. A very illuminating finding also emerged in favour of Covaxin. Breakthrough infections SARS-CoV-2 infection >2 weeks after the second dose were noted in 5.5% cohorts in Covishield and 2.2% of Covaxin recipients. Overall this study clearly tells us to expedite the vaccination drive to protect masses and will further remove the misconceptions against vaccination.”

Title of the Study

What has been found?

(Propensity score matching (PSM) is a quasi-experimental method in which the researcher uses statistical techniques to construct an artificial control group by matching each treated unit with a non-treated unit of similar characteristics. Using these matches, the researcher can estimate the impact of an intervention.)

1. Media must restrain from spreading wrong messages. Both vaccines are doing excellent job and are vital in adopting national policy. Lesser number of Post vaccination covid cases in Covaxin arm speaks a lot about it.

2. As per business standard, Samiran Panda, head of epidemiology and communicable division at the Indian Council of Medical Research says:

3. These limitations of the study have been well explained by authors in the discussion part of the study.