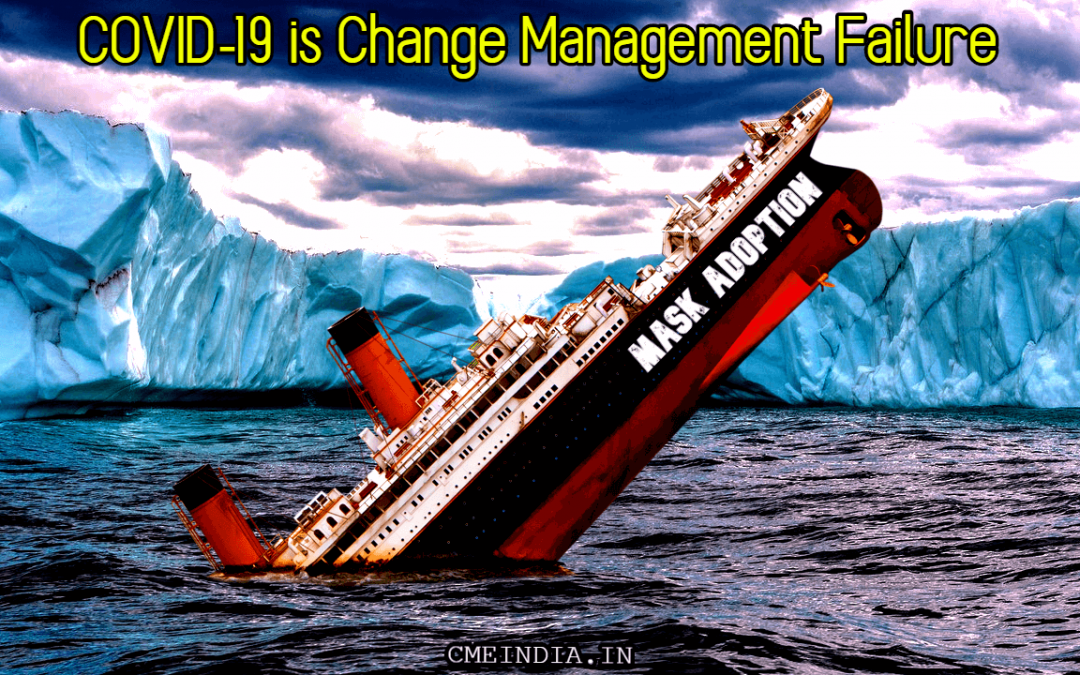 Cautionary tale 1: Nokia, once a leader in the mobile handset business, failed to comprehend the rise of the app ecosystem and platforms like iOS and Android. Eventually, it sold its mobile division to Microsoft in 2014. Today, the Nokia smartphone brand has been revived by former Nokia staff and is run by HMD global.

Cautionary tale 2: Microsoft poured billions into its smartphone initiative, but by then the mobile ecosystem had already turned into a two-horse race – iOS and Android. Developers didn’t want to develop apps for windows phones; Users, in turn, didn’t want to use devices with a poor app ecosystem. Microsoft, ceased Windows 10 Mobile development in 2017.

Cautionary tale 3: HTC was the king of the Android hill in 2011. It was the go-to handset maker for android devices. HTC sold its hardware and design team to Google for $1.1 Billion in 2018 and is now largely a VR (Virtual Reality) headsets company.

Change hits everyone – even the ones at the top.

Our best bet is to try and manage change. Change management is not a business issue. It’s a universal issue. Change needs to be managed at all levels. Actively.

Think of the mask as a piece of technology. Why do some technologies find mainstream success while others die?

Using the mathematical Bell curve, Rogers proposed that adopters of any new innovation or idea can be categorized as:

Where do we fall on the above curve? Are we in the Early majority or have we fallen off the adoption curve altogether?

In the case of mask adoption, the laggards and late majority are the risk takers!

Now, take a look at the graph below:

While one may come across some interesting graphs related to adoption, I think it doesn’t correctly reflect the ground reality. This graph is from April 2020. Though it claims that 76% of Indians wear a mask, it is highly questionable. Very likely the participants in this survey were educated people capable enough of participating in an International survey and also more inclined to take necessary preventive action.

Today, in the post lockdown period, the percentage is going to be much lower – even in the case of educated individuals.

With the end of the lockdown, the general thinking is that the virus has either miraculously disappeared or has lost its intensity. With the exception of the countries that have managed to control the virus, it won’t be incorrect to say that we are now an overconfident species dancing the dance of death.

The reality is that very few people are wearing masks. Many who do, are doing so incorrectly – with the mask hanging on the chin or below the nose.

When we start evaluating mask from the perspective of adoption, what we are left with is adoption failure. The skeptics have won, at least in India.

How to increase mask adoption?

At this point it doesn’t matter how the virus started or why WHO and China failed to contain it. It doesn’t matter whether the virus is manmade or a natural outcome. What matters is how do we curb it till the vaccine comes out?

Today, people can be classified into the following 3 categories:

Though human beings tend to resist change, it is possible to carry out a successful transition – if managed properly. There is no one way of doing it, but one of the ways of doing it is to use the DICE framework.

The DICE framework was originally developed at the Boston Consulting Group (BCG) and has been widely used in business to drive change.

DICE can help in identifying potential problems and making timely corrections. For the purpose of simplification, we are going to overlook the DICE scoring system, as it may not be possible for medical professionals to measure change at every step of the way. In case you have a team that can do this for you, you can calculate the DICE score by referring this Harvard article here.

DICE framework in the medical setting:

Duration – Managing COVID-19 has turned into a long-term project. Without frequent reviews, any change management project is bound to fail. Reviews help in identifying problems early and making room for corrective actions. Things to review – How is the mask adoption going? Are people washing hands properly? Are they sticking to the protocols? Are they still taking the pandemic seriously? etc. Set a review frequency that you can stick to. Assign others to carry out reviews on your behalf. The more reviews the better.

Integrity – You will need to put in place a high-integrity, high-quality team. It’s a team effort. You can’t drive a change alone. Identify people who will help you increase mask adoption. These can be your colleagues or people from your inner circle who understand and practice the idea of wearing masks.

Commitment – If people don’t see an authoritative figure endorsing a change, they won’t change. You have to publicly put your weight behind mask adoption. Say it as often as possible. This helps in reinforcing the idea. Clearly communicate why we need to keep wearing the mask and for how long we need to keep doing it. How does it help contain the virus? When you feel that you have overdone it, you have then barely started driving the change. You must become synonymous with the change you are trying to drive. Further, this needs to be done till the intended outcome has been achieved. We can’t see the shoreline yet, so keep swimming.

A framework is not a guarantee that a change will have a successful implementation. However, it is a system that can be followed and more importantly, implemented in a consistent manner.

In addition to DICE framework…

Use big numbers to drive adoption – Like the number that represents the average hospital bill for COVID patients. And contrast the same with the price of a mask.

Because our brains respond to numbers. Scientific American discussed in the 2014 article – Our Brains Have a Map for Numbers – the work of researchers from the Netherlands. The research work was originally published in the ScienceMag in 2013:

Numbers make an impression and money is a great motivator – The hospital bill is a great reminder to stay away from the hospital itself.

Still no one wears a mask?

Blame it on the human condition.

In the Victorian times, “Emerald Green” became the colour of choice for clothes, wallpapers and what not. It was shiny and made people stand out in a room. It brought them attention. A slight problem was that the green colour was a result of arsenic. And arsenic was good at killing people.

It is seldom that horrific deaths go unnoticed.

“Well may the fascinating wearer of it be called a killing creature. She actually carries in her skirts poison enough to slay the whole of the admirers she may meet with in half a dozen ball-rooms.”

All this didn’t bring an immediate end to the Emerald Green. Some people even tried to convince themselves that as long as they didn’t lick the fabric, they would be safe. Consumers wanted to look good – and that was more important. (Source: The History of Green Dye Is a History of Death).

One thing is clear – Many would choose to rather “look cool” and die a miserable death.

While other economies are now gearing up for the second wave, the first wave is still playing out in India. It’s not over yet. We need to reinforce mask adoption and prepare for the winter ahead. Because its coming.