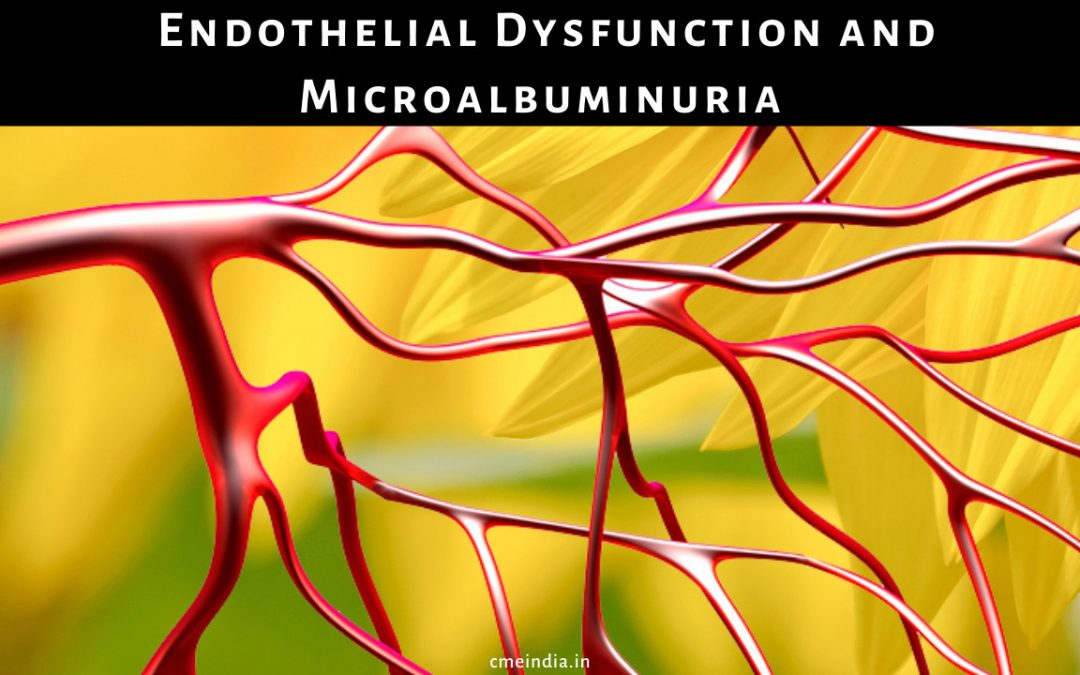 One Is Only as Old as One’s Endothelium

Based on presentation at APICON-2022, Jaipur.

Endothelial Dysfunction: Does It Matter?

Nitric oxide is a crucial player in vascular homeostasis

Invasive and non-invasive methods for the determination of endothelial function

Link between endothelial dysfunction and microalbuminuria

Prevalence of albuminuria in the general population:

What is the most important strategy to reduce microalbuminuria?

Microvascular endothelial dysfunction is associated with albuminuria and CKD

B – Believe strongly on Physical Exercise to improve Endothelial Health