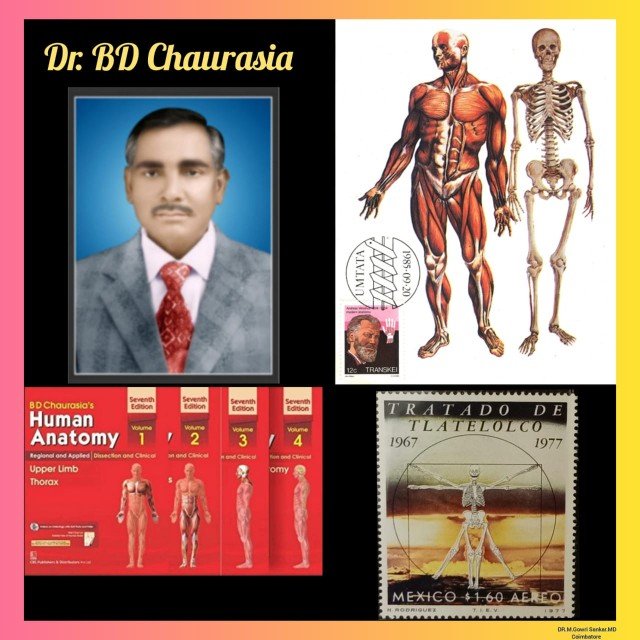 🔹Moreover, he was elected as a Fellow of the National Academy of Medical Sciences in the recognition of his significant contribution to the field of anatomy and the advancement of medical sciences.

🔹In fact, Dr. Chaurasia was recognized as one of the most promising anatomists of India and also as a combination of an excellent teacher and a distinguished researcher – a fact proved by his publications of more than 60 research articles during his lifetime.

🔹Apart from that, he had shown interest in writing books. His books are unique in presenting systemic and comprehensive texts of applied anatomy in a simple language, illustrated with easily reproducible line diagrams.

🔹In 1979, he published his first textbook on anatomy under the title “The Brain,” which was well appreciated and motivated him to continue as a writer.

🔹His book B. D. Chaurasia’s Human Anatomy is the most preferred textbook in India and abroad. Further, it was widely acclaimed as a standard text because of its simple language, comprehensive coverage, and attractive presentation.

🔹His field of interest was not limited to anatomy. He also worked extensively in the field of human genetics, anthropology, and cytology.

The Godfather of Anatomy in India