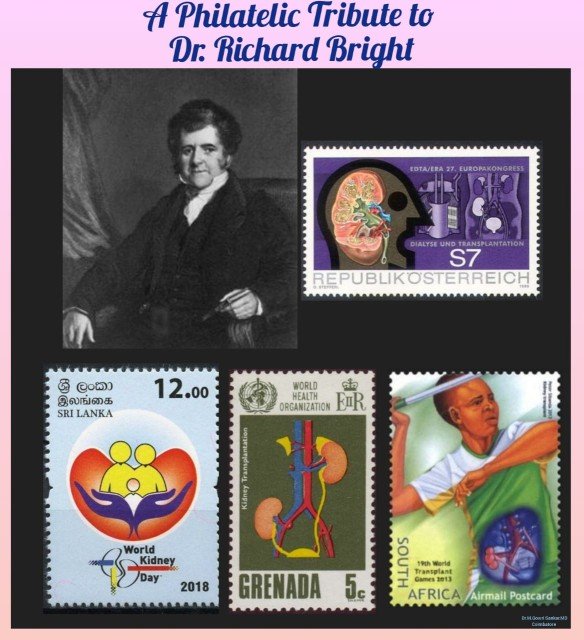 🔹Bright studied Philosophy and Mathematics at the University of Edinburgh. Later, he studied medicine at Guy’s Hospital, London and received his medical graduation in 1812.
🔹After completion of his studies, he travelled to Europe for studying medicine and autopsy.
🔹He got an opportunity to work with celebrated medical pioneers Dr. Thomas Addison and Dr. Thomas Hodgkin at Guy’s Hospital.
🔹While on service, Dr. Bright had joined with Dr. Thomas Addison and delivered a effective lectures for 20 consecutive years at Guy’s on the topic of “Theory and Practice of Medicine.”
🔹During the years 1825-1827, he was doing a landmark observations among 100 patients with albumin in the urine and documented that more than half of these patients died due to kidney disease.
🔹Consequently, he was the first to establish the edema and proteinuria as the primary clinical manifestations of the serious kidney disease, which was known as Bright’s Disease or Albuminous Nephritis.
🔹Afterwards, he did an extensive study on the kidney disease by establishing exclusive two wards of 21 beds each with a small clinical laboratory, a consulting room, and a office set up at Guy’s Hospital in 1842. It was the first clinical experimental unit in England and World’s first renal unit.
🔹Furthermore, he was the first to demonstrate the pericarditis in kidney disease patients by his autopsy studies.
🔹He then discovered the Polycystic Kidney Disease and he was the first who observed that anemia was a complication of renal failure.
🔹Moreover, he published a book called Elements of Practice of Medicine in 1839.
🔹Thus, the pioneering work of Dr. Bright made him the “Father of Nephrology.”