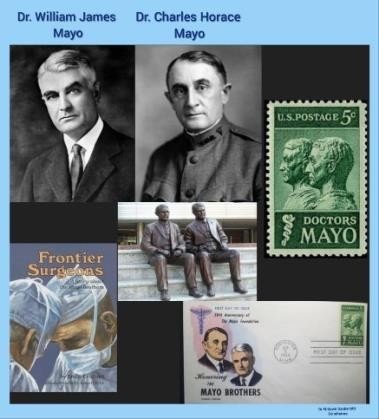 🔸James Mayo was the eldest son of Dr. William Worrall Mayo. He wanted to follow in the footsteps of his father, so he completed his MD degree in 1883 from the University of Michigan.

🔸Besides, he got trained from his father as a surgeon. While practicing, a terrible tornado affected the city Rochester and caused many casualties.

🔸Because of the unavailability of hospital in the city, the victims were taken to local dance hall and treated by the Mayo family.

🔸During the disaster, Dr. Mayo was voluntarily assisted by the charity of sisters from Saint Francis under the leadership of Mother Moes.

🔸Further, based on the continuous insistence of Mother Moes, they started raising the funds and built a permanent hospital in the city called St. Mary’s Hospital.

🔸After their father’s retirement, the Mayo brothers along with five other doctors jointly incorporated the St. Mary’s Hospital as the “Mayo Clinic.“

🔸Later, Mayo brothers turned it to a Non-profit organization as Mayo Foundation in 1919 with the consent of other founders.

The Promoter of Multidisciplinary Approach to Patient’s Care