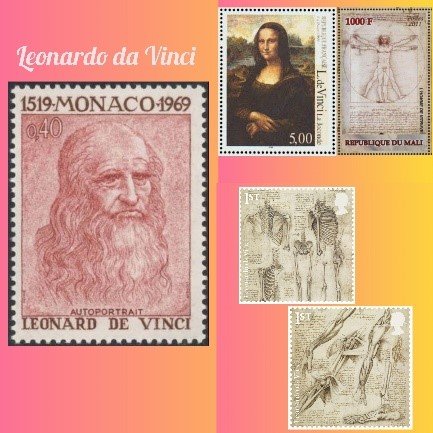 🔸Leonardo is one of the most influential artists in history. His notable works include the paintings – Mona Lisa, The Last supper, The Vitruvian man…

🔸Apart from painting, he studied the human anatomy in fine detail for his training as an artist. He spent decades learning anatomy on dissection table and throughout his life he dissected 30 human cadavers as well as those of animals.

🔸Leonardo was a pioneer in the understanding of human anatomy. His anatomical collections have beautiful illustrations with descriptions – all conveyed during the period of early 15th Century.

🔸He was the first to declare that the heart has four chambers and it connected to pulse in the wrist with each contraction.

🔸Moreover, he discovered that “the atria or filling chambers contract together while the pumping chambers or ventricles are relaxing and vice versa.”

🔸In addition, he observed the heart’s rotational movement and also gave the description of how aortic valve closes and opens to ensure blood flows in one direction.

🔸Further, he gave the first description of atherosclerosis and coronary artery heart disease.

🔸He described a “Perforating channel” in the atrial septum (Atrial Septal Defect) – First to document the congenital heart disease.

🔸He was the first to explain how brain processes visual and other sensory inputs and produced the first accurate depiction of the human spine.

🔸He was the first to draw the thyroid gland and revealed the root structure of human teeth.

🔸His painting – The Vitruvian Man – explores human proportion in relation to geometrical forms (circle and square).

🔸Over 5000 sheets of his drawings and notes of various subjects have survived and are scattered in libraries across the World.

🔸Ultimately, the union of the two skills – as a skilled anatomist and a fine artist – in a single figure made Leonardo unique.

🔸Even after 500 yrs of his life, his influence continues unabated in the 21st century – The first Robotic surgical system was named The da Vinci Surgical System.

An Institution in himself