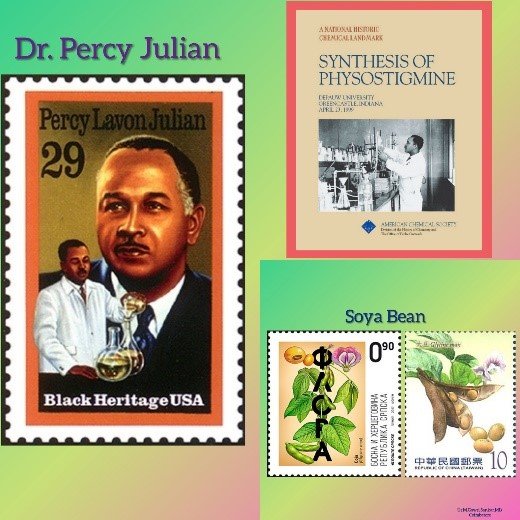 🔸Percy Julian was the grandson of a slave, who came from Alabama, United States. At that time, due to racism he was denied education. Moreover, there was no proper place to stay or work. He had to fight for everything in his life.

🔸Initially, he had his studies at DePauw University in Indiana and did his master degree at Harvard University. As he was refused from pursuing Ph.D., he did his Doctorate in chemistry from the University of Vienna, Austria.

🔸After his studies, he began his research at DePauw University. During 1935, he earned international acclaim by synthesizing Physostigmine from the African calabar bean, which was a drug used to treat glaucoma.

🔸Subsequently, he invented a product Aero-Foam – a foam fire extinguisher made from soya protein, which was widely used in World War II.

🔸He then continued his research in biomedical projects and developed Steroids from soya bean oil and synthesized the hormone Progesterone and Testosterone.  He was also lauded for his synthesis of cortisone, which was used in the treatment of rheumatoid arthritis.

🔸Thereafter, he was called as Soyabean chemist.

🔸In fact, his effort paved the path for further development of many medical drugs such as Steroids, hormonal pills and birth controlling pills.

🔸Later, his synthesis of physostigmine was recognised by the American Chemical Society as one of the top 25 discoveries in chemistry.

🔸In order to recognize his marvellous work, he was inducted into the National Inventors Hall of Fame in 1990.

The Researcher Who Unfolded the Secrets of Medicine from Plants