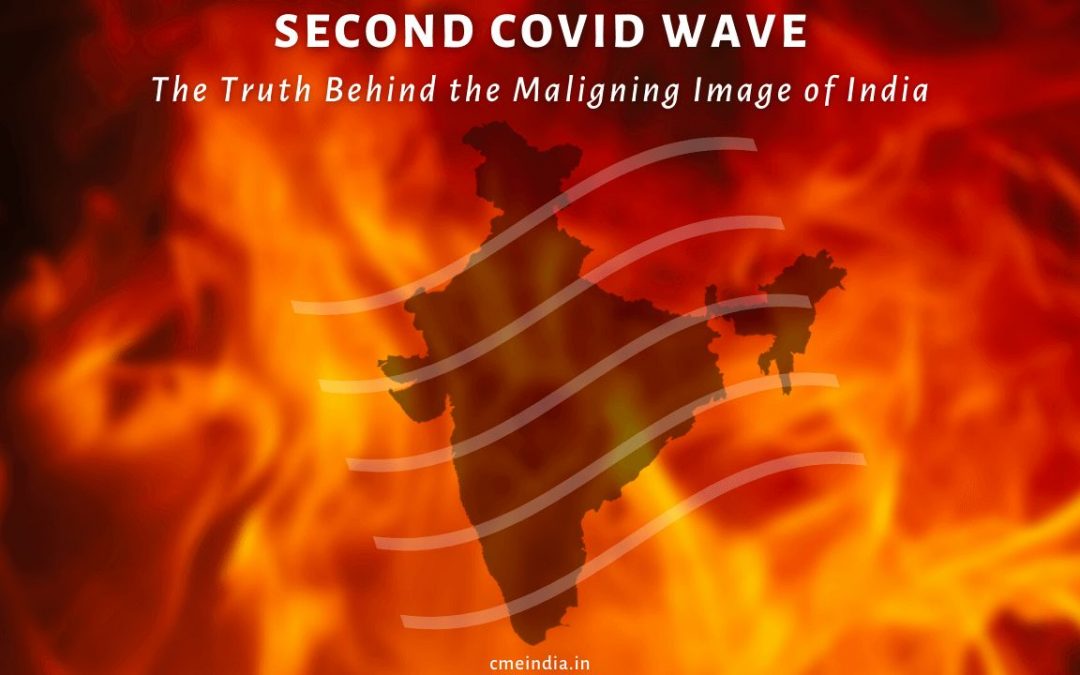 The Truth Behind the Maligning Image of India

Hit and run tactics of virus baffled the whole world but Indian policymakers have been blamed in out of proportion in western world barring the fact that no one expected the “ferocity” of the second wave. Now it is said that third wave is inevitable with more immune evasion and transmissibility. No time line can be given scientifically. Now evidence is growing that new variants are a contributing factor. In spite of Three prongs strategy proposed (1. Seroprevalence surveys to determine the population’s true immunity 2. Genome sequencing to detect mutant viruses quickly and 3. An accelerated vaccination program) to give the virus less room to mutate in a way that makes it vaccine-resistant), no one knows how third wave will behave.

Time is to ponder the response of Anti-Indian propaganda, which the world witnessed. Dr S K Gupta tries to analyse. We may have to keep piecing bits of evidence together as weeks and months and years move forward.

The bad air pant up

1. Fig.1 Daily New cases please refer to figure 1 before you read it

2. Fig.2 please refer to figure 2 as you read below. High Transmission of Virus.

8. What Irks the Western Media?