There’s No “Best Vaccine” Against Corona 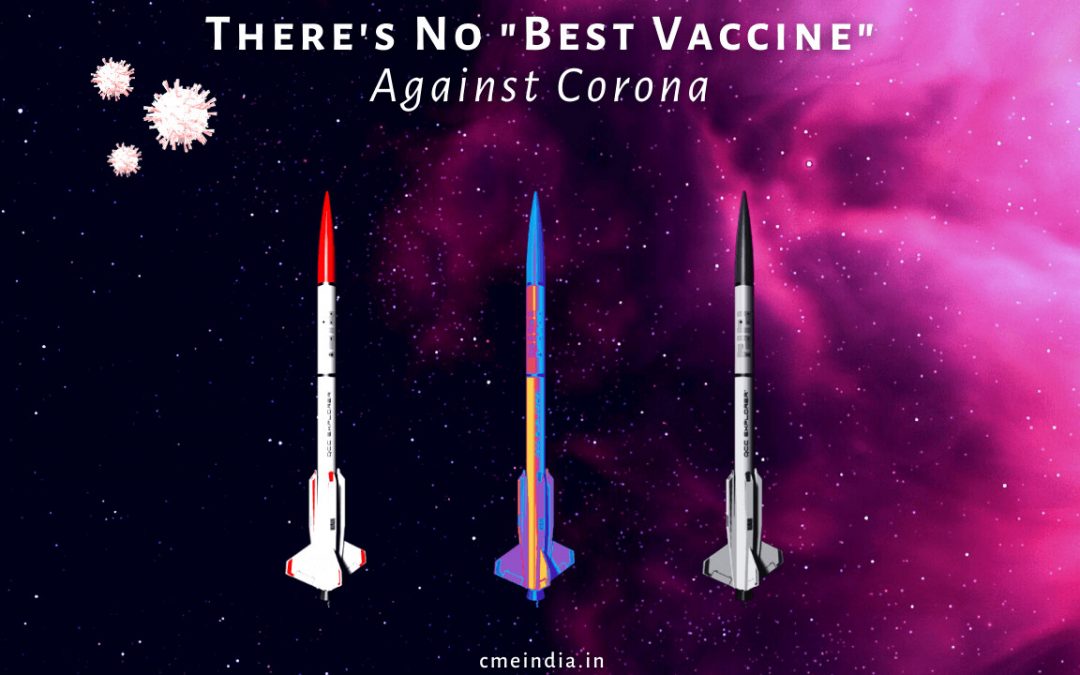 Do you ever regret not having received Pfizer Vaccine?

Which has been the Best Corona Vaccine?

There’s no “best vaccine” against corona. The WHO has approved 10 corona vaccines so far to provide access to protection to citizens all around the globe. Any available approved vaccine is a promising vaccine. However, at the end of the day, the gross effects of the vaccination for different countries and regions nowhere match the efficacy data of various vaccines as declared in earlier controlled trials. Whatever the efficacy scores, the gold standard should be the number of lives saved and livelihoods resumed by early pandemic control. However, vaccine nationalism and pharmaceutical monetary interests had been masking the truth.

What should matter at this stage – How do these vaccines protect in the long term and help end the pandemic?

The world can be divided into three parts based on the type of vaccines used.

Let’s look at the vaccination trends so far

Please note that the efficacy rates may differ between the vaccines. Nevertheless, all of the approved vaccines are protective and safe. Any vaccine will help halt the pandemic to some extent and protect from unfavourable outcomes, regardless of the numbers.