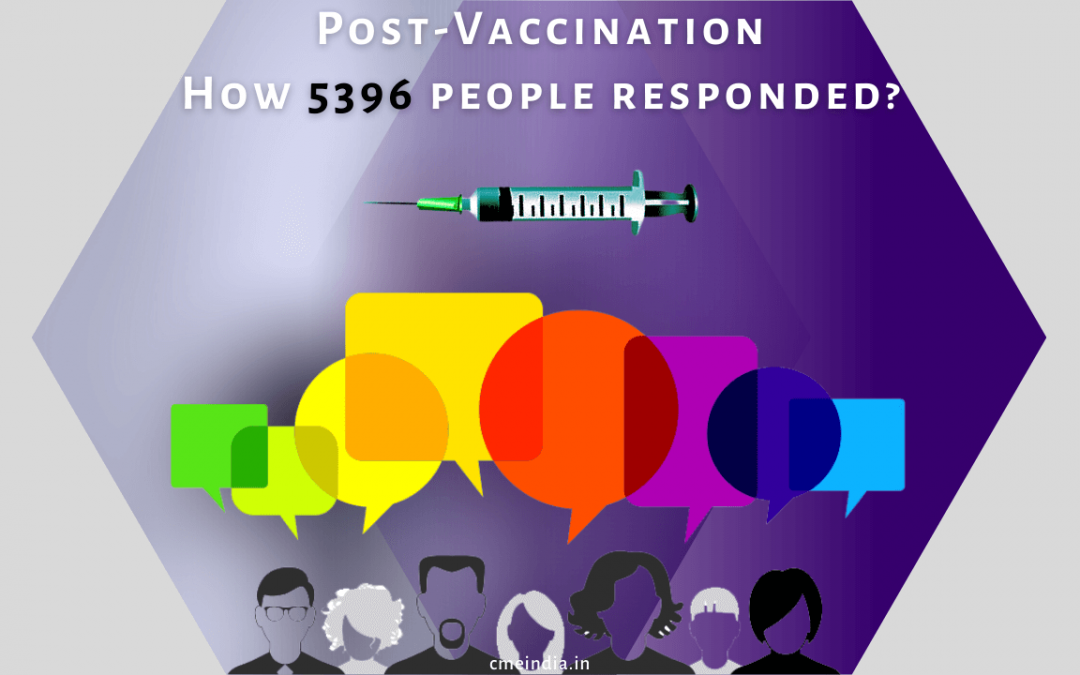 Fear of the unknown is a driver of vaccine hesitancy.

By describing what to expect, the findings of this study will be reassuring to those who are fearful of the new vaccine. The fact that post-vaccination symptoms were mild, predictable and short-lived will help reduce vaccine hesitancy.

Results of survey on post-vaccination symptoms in India: Experience of 5396 healthcare workers.

This information is important for everyone

Why was the survey done?

How many people responded?

What vaccine did they receive?

How many developed symptoms?

What were the symptoms?

Were any of the symptoms serious?

How did the symptoms differ by age group? Was it safe in people over 60?

What was the age distribution?

Did the symptoms affect your work the next day?

How soon did the symptoms appear after the injection?

How long did the symptoms last?

Were the symptoms more common among women?

Did past history of COVID-19 make any difference to the symptoms?

Is it possible to calculate the efficacy of the vaccine from this study?