How Will the Pandemic End If Newer Variants Keep Coming? 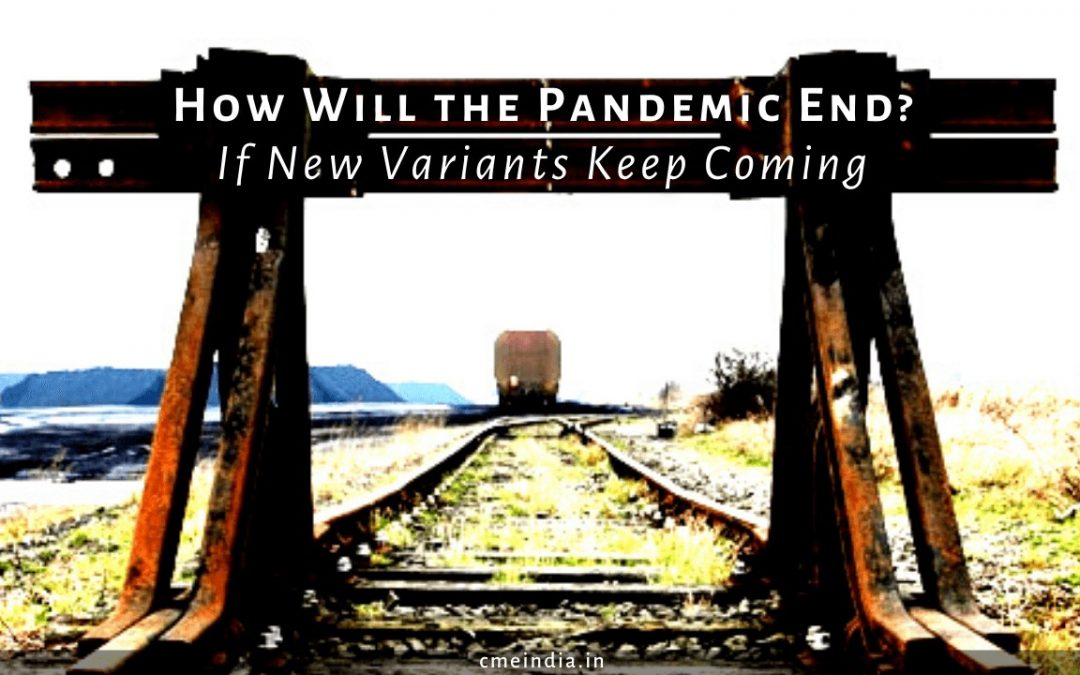 Today’s article is dedicated to the man with immense courage and patriotism – Neta Ji.

End of the Line?

Effective Vaccine and or Effective anti-viral Drug remain the keys to ending any pandemic.  HIV was defeated using an effective antiviral. While Small pox was eradicated using a vaccine. Flu pandemic ended even without either of two. How will Covid End? Will the rich and mighty win this earlier? How will we come to know that virus is no more a threat?

Looking back at some of our previous pandemics or epidemics can give us an insight into some if these questions – both in epidemiological and social terms.

If you want to understand the future – look at the history.

So, can we vaccinate COVID-19 out of existence by effective vaccination?

So finally, how would COVID-19 Go?

Why next variant has to be faster and sharper?

What is the supporting evidence to the theory of mutations occurring in Immunocompromised Host?

How have the Early Predictions about Sars Cov 2 fared with time?

What formed the basis of early predictions?

Is SARS CoV-2 a fast-mutating Virus?

How do scientists recognise significant mutations in SARS CoV-2?

Evolution of Sars Cov-2 so far!

The Descent of Delta

I can think and Predict Fourth wave and even Fifth and Sixth wave of Corona virus to continue with the Pandemic to go on and on till 2025.

It is very simple to understand for the virus to change after a few months or years to change it self. Seeing its extinction, the virus uses its memory and changes itself to become weaker or Stronger virus.

I will now use my Polio Eradication Strategy where I worked for 16 years in India. The virus was the same as RNA Virus, where it changed between P123 to P1 and P3 later to Eradication of All in 16 years from India. The vaccine Strategy from Trivalent to Monovalent P1 was followed to Monovalent P3 vaccine and thus Elimination was followed, Similarly I expect the same in this virus, changing the Spike Protein numbers and the Genomic sequencing but the good luck we have the Vaccine is same. I don’t know for how much time this Strategy of Vaccine will run but it should not be  like Polio Virus where the Strategy failed because of Resistance of Trivalent vaccine on Monovalent.

The Future will tell us about the Corona virus and we will be happy to know. This year is only 3 rd year going on we will have to know how we can survive with viruses.